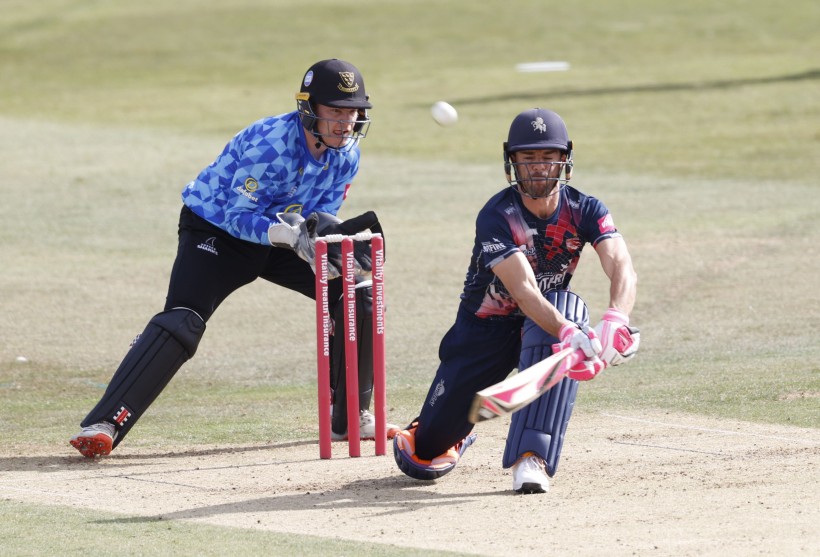 Set to chase 142 at an asking rate of 7.1 an over, the Sharks all-rounder clubbed six fours and four sixes in an eye-catching, unbeaten knock to see Sussex home to their fourth win of the 2020 Blast.

Sharks’ openers Calum MacLeod and Luke Wright got their side off to a flyer by posting 61 in the powerplay including 22 from Imran Qayyum’s first over of left-arm spin.

Qayyum was immediately replaced by Jack Leaning’s occasional off-spin and, with Denly’s leg-spin at the Pavilion End, Kent tried to keep pace off the ball but Rawlins swept powerfully over the mid-wicket ropes for the first six of the reply as 12 came off the over.

Wright fell five runs short of his 43rd half-century in domestic T20 when his back-foot flail against Calum Haggett was caught behind by Jordan Cox.

Rawlins lofted Haggett for a straight six to take Sussex into three figures then, when Qayyum returned, Rawlins tucked in by taking 12 off the over including another maximum, this time over mid-wicket.

The 22-year-old left-hander from Bermuda celebrated his 31-ball 50 with a fourth six, pulled off Fred Klaassen, who was then smeared to the ropes at extra cover to seal the win with 4.2 balls to spare.

Having seen the home openers canter to 24 inside three overs, Sussex turned the tide by introducing left-arm spin at both ends in the shape of Danny Briggs and Rawlins.

Briggs should have had Daniel Bell-Drummond, on 8, caught by Ollie Robinson off a skier at mid-on but, inexplicably, Robinson allowed the chance to slip through his hands. The seam-bowler made immediate amends, however, diving to his left to catch a rasping Zak Crawley drive from Briggs’ next delivery.

Denly clubbed three successive boundaries against Robinson to see Spitfires through to 57 for one after their powerplay, but Bell-Drummond missed an attempted slog-sleep on 29 to be bowled by Rawlins.

Denly swept a boundary off Briggs and then slog-swept the next for the first six of the innings. But, in trying to repeat the stroke two balls later, top-edged to third man to top-score with 32.

Rawlins had Heino Kuhn (22) caught on the run at backward square leg, then Chris Jordan hurried one past Alex Blake’s outside edge to remove the left-hander’s off stump.

Briggs snared Cox leg before as the right-hander missed an attempted reverse sweep to finish with three for 27 and leave Kent in trouble on 107 for six.

Leaning followed meekly, gloving an attempted pull shot against Robinson through to the keeper, forcing Kent’s tail-enders to simply bat out their side’s closing five overs.

Grant Stewart contributed nine before his sliced drive against Mills was caught at deep point and, as the runs dried up, Kent managed only one more boundary in their last eight overs. 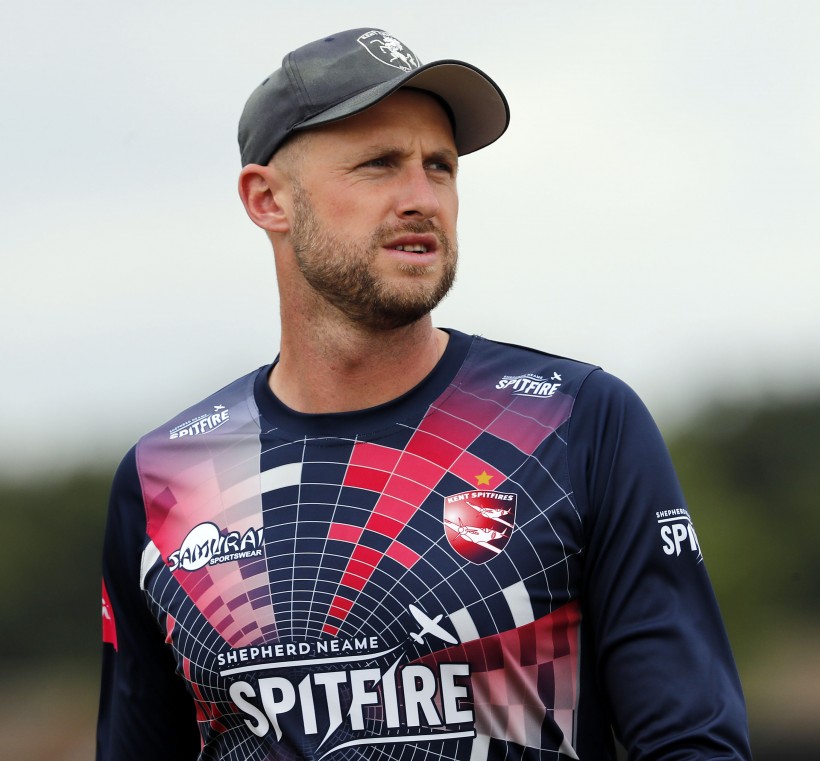