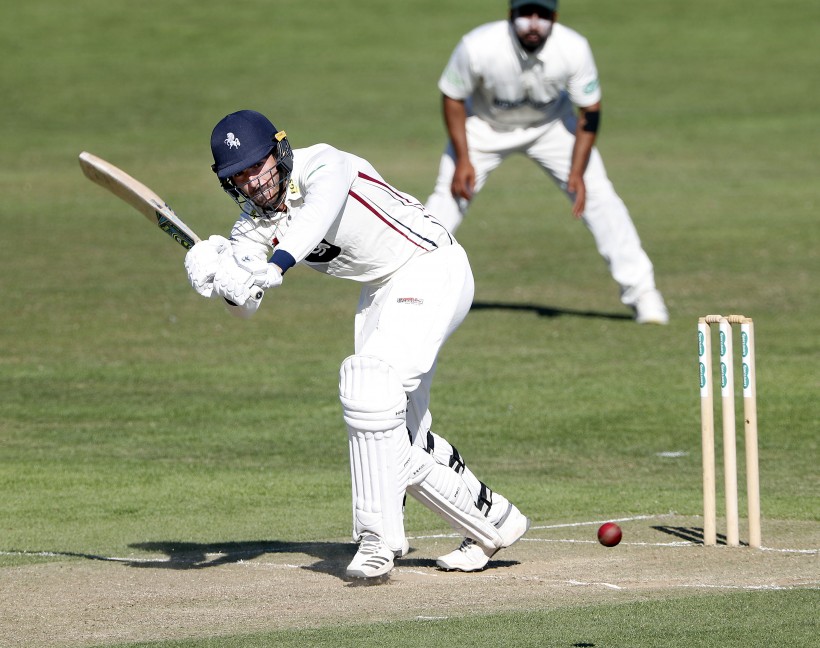 Grant Stewart starred with bat and ball for Kent in a thrilling finale to the Second XI Championship match against Essex at Coggeshall.

The burly all-rounder hit 141 and took seven wickets in the match as the visitors fell just short after a superb middle-order fightback.

Rishi Patel hit a century and Callum Taylor scored 68 as the hosts posted 340 in the first innings with Stewart’s 6/61 the pick of the attack.

Academy scholars Tom Davis (1/38) and Kashif Ali (2/44) impressed and there was a wicket for Sevenoaks Vine seamer Miles Richardson.

Kent declared on 193-5 after losing a session to a wet outfield to set up a chase with Harry Came (46) and Adam Rouse (61) top-scoring.

After a quickfire second innings, Kent required 343 to win and slipped to 63-5 after early in-roads from Jack Plom and Matt Dixon as well as a run-out put Kent under pressure.

Kashif Ali (56) and Stewart’s stand of 137 reignited hopes of an unlikely win with Stewart plundering 19 fours and five sixes in an imperious 141 off 153 balls.

Will MacVicar (53) shared another stand of 93 boosted Kent’s chase before losing the last three wickets for 11 runs.