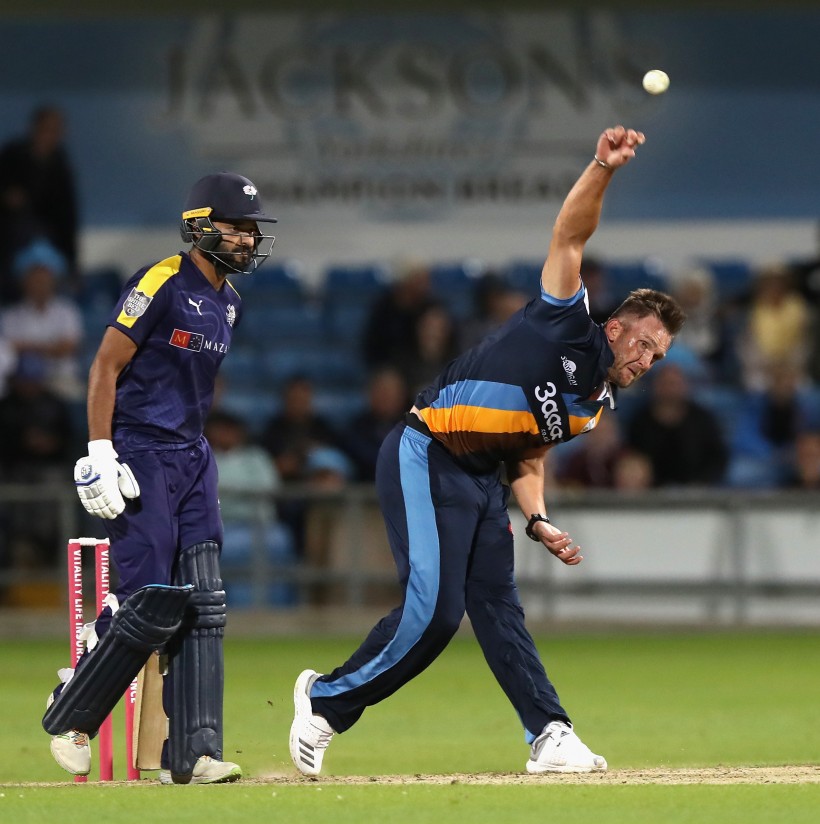 Kent Cricket is delighted to announce that fast bowler Hardus Viljoen will return to the county for this season’s Vitality Blast.

The 30-year-old will not count towards the Kent Spitfires’ overseas player quota in this tournament.

Hailed as one of the premier limited-overs bowlers in world cricket, Viljoen was named Player of the Series in the 2018 T10 League held in the UAE last November after taking 18 wickets in nine matches, including best bowling figures of 3/6 from his two allotted overs in the semi-finals.

The right-armer was picked up by the Kings XI Punjab in this year’s IPL Auction and played a large part in Kings XI’s opening fixtures, taking seven wickets in six matches.

In his career, Viljoen has a T20 bowling average of 25.02, taking 110 wickets in 94 innings playing in leagues around the world.

On re-joining Kent, Viljoen said: “I feel that I played some of the best cricket of my career when I was at Kent in 2016 and I’m excited to have the opportunity to play in front of the passionate supporters here again this season.

“Although there will be some familiar faces for me coming back, I’m excited to work with this young and talented squad that got to the quarter finals last year.”

Kent Cricket’s Director of Cricket, Paul Downton, said: “Hardus’ skills and experience give us an extra dimension with the ball and I feel that we have a very competitive bowling attack for this competition.

“Together with the rest of the squad, including our other Vitality Blast signings Adam Milne and Mohammad Nabi, I believe that we can go into any game in this tournament with the confidence that we can take wickets.”

Kent Spitfires get underway in the Vitality Blast at home to Somerset at The Spitfire Ground, St. Lawrence on Saturday, 20th July