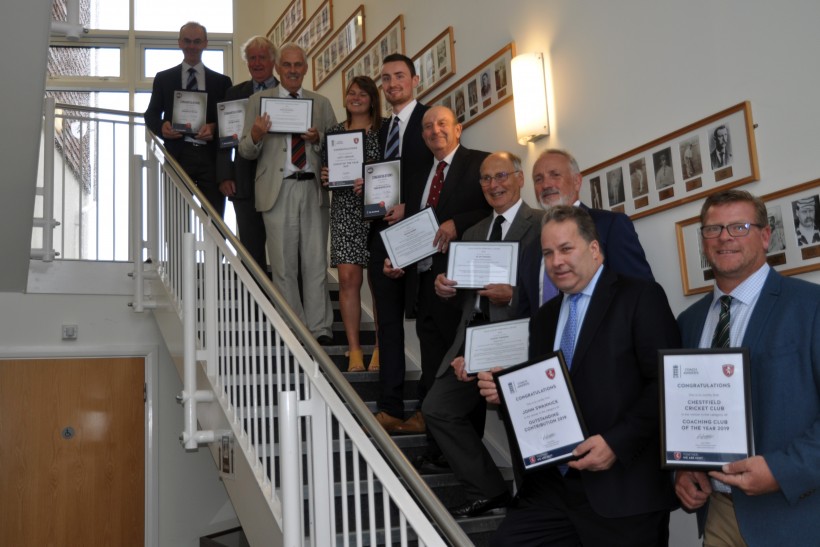 The Spitfire Ground, St Lawrence welcomed volunteers from the grassroots game for the 2019 Volunteer Awards on Tuesday 24th September and the weather did not dampen the spirits of those who attended.

The Chiesman Pavilion hosted a wonderful celebration to mark the efforts of such passionate volunteers from all over Kent.

There were three award categories:

Director of Community Cricket, Andy Griffiths said: “Volunteers are so important in cricket because they sustain every aspect of the game.

“The best thing for me is that volunteers provide support for anyone – of any ability.  I have always been encouraged to join in, get active and to get interested in cricket thanks to the volunteers at my club when I first started playing.

“People’s reasons for volunteering in cricket vary from person to person – a love of playing and/or watching the game, the chance to meet people and make new friends, or the opportunity to use their professional skills to help their community are just a few examples.

“Today is a chance to say thank you!”

Each winner received a framed citation present to them by the Director of Community Cricket – Andy Griffiths.

To read more about the awards, the winners and why they were nominated please click here