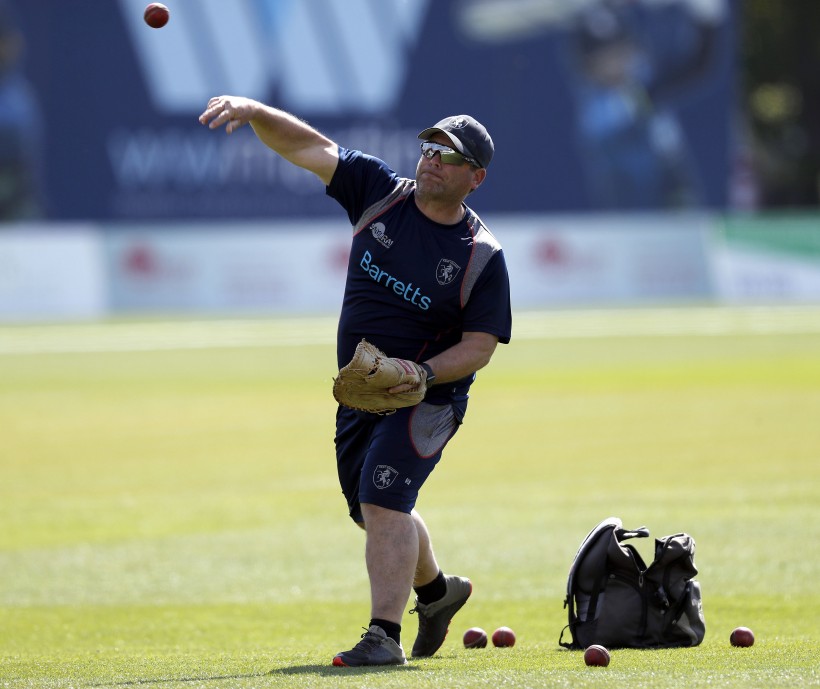 With their place in the Specsavers County Championship top flight assured following their fourth win of the campaign at Trent Bridge this week, Kent’s Head Coach, Matt Walker, is hoping the club can now kick-on both on and off the field.

The 227-run mauling of Nottinghamshire, which featured a Sam Billings century and a 10-wicket return by the ageless Darren Stevens, ensures Kent will now have breathing space when it comes to recruitment of players and coaches.

With the departure of assistant head coach Allan Donald at the end of the season, the county are undergoing a coaching re-structure, and scouring the country for new playing talent.

Kent have already announced that Yorkshire’s Jack Leaning will be joining them for 2020 and Walker hopes more will follow.

“For the first time ever, we have an opportunity now to shape the club into how we’ve really wanted it to be,” said Walker.

“We’ve got Min Patel in place in a new role as our Head of Talent Pathway. That’s an exciting position for him.

“We’re getting two specialist coaches in, for batting and bowling, who’ll be with us all year round to help make this a better club.

“The new appointments will ease my load a little too, and allow me time to take an overview: talk to players, sit behind the net and watch a bit, and take in the whole squad rather than focus on one player at a time.

“I think we’ll be naming a new bowling coach soon then a batting coach perhaps a little later on. A lot of good names came forward for the bowling job, but we want to get the right people in so I’m happy to take our time.”

Looking back at the four-day campaign overall, Walker said: “It’s been a really interesting year in terms of the red ball and I’ve loved every minute of it, although we’ve also had some tough times.

“I think we came up from Division Two and everyone was expecting us to go straight back down. I think that’s fair to say and the bookmakers had us down that way, but I didn’t believe that at all.

“We knew the pitfalls we might come up against and sure enough we’ve faced those pitfalls yet, in most games, we’ve fought our way into match-winning positions.

“Unfortunately, we’ve let too many of those positions pass us by. I feared that would happen because I knew that if you give good side’s half a chance, if you let them back in the door, then they will make you pay.

“In between all that, we’ve played some really good cricket and had a brilliant month when we beat Notts and Surrey, and had ‘winnings draws’, if you like, against Warwickshire and Hampshire.

“So, we’re learning our lessons. We’re starting to put first-innings runs on the board, which we really didn’t do at the start of the year.

“That gives you control of a match and at Trent Bridge I felt we looked a really good side.”

Kent travel to Yorkshire to play their penultimate Specsavers County Championship match of the campaign, starting on Monday at 10.30.

South Africa Test captain Faf du Plessis has been added to the travelling squad, and all-rounder Grant Stewart is hoping to return to fitness before the end of the season.