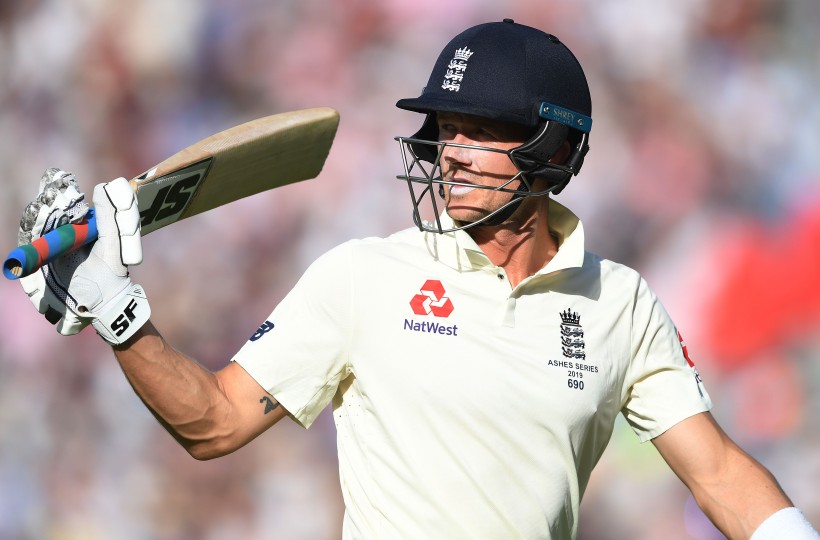 Kent vice-captain Joe Denly amassed 94 runs on Day Three in the fifth Specsavers Ashes Test against Australia at the Kia Oval on Saturday.

The Canterbury-born batsman surpassed his previous best Test score of 69 for England, which came in St. Lucia against the West Indies.

Denly fell agonisingly short of what would have been his first career Test century to a brilliantly angled-in delivery from Peter Siddle, that nipped away from the right hander, resulting in an edge to Steve Smith at slip.

Earlier, the Kent batsman had resumed on Day Three with the one run he gained in the back-end of the previous day’s play, where England had begun their second innings after bowling Australia out for 225.

The 33-year-old reached a fifty partnership alongside Rory Burns from the first 95 deliveries the pair faced, before Burns fell caught-behind from the bowling of off-spinner Nathan Lyon for 20.

At Lunch on the third day, Denly had scored 37 runs, and had just been joined by new third wicket partner, and hero of the Headingley Test, Ben Stokes.

He reached his fourth Test match fifty after Lunch, after facing 127 balls and scoring eight boundaries: seven fours and a beautifully timed six from the bowling of Nathan Lyon.

Denly and Stokes looked comfortable at the crease, amassing a hundred stand together, with the Durham all-rounder contribing a quick score of 55, and Denly putting 41 of his own runs into the partnership.

The Tea interval arrived with England on 193/2 and Denly having reached an individual score of 82.

After Stokes was bowled by a brilliant turning delivery from Lyon for 67, Denly was nearing the infamous ‘nervous nineties’ and was joined by wicketkeeper-batsman Johnny Bairstow in the middle.

Reaching 94 alongside his new batting partner, Denly was then subject to a hostile and well-bowled over from seamer Peter Siddle.

After surviving an appeal for LBW and a ball that went through the gate and, thankfully for Denly, ran through for four byes, Siddle got his man as he found the edge and Steve Smith took the catch at slip.

Denly’s new Test best score of 94 came from 206 balls, with 14 fours and a six. It surpasses his previous highest amount in Test cricket by 25 runs.