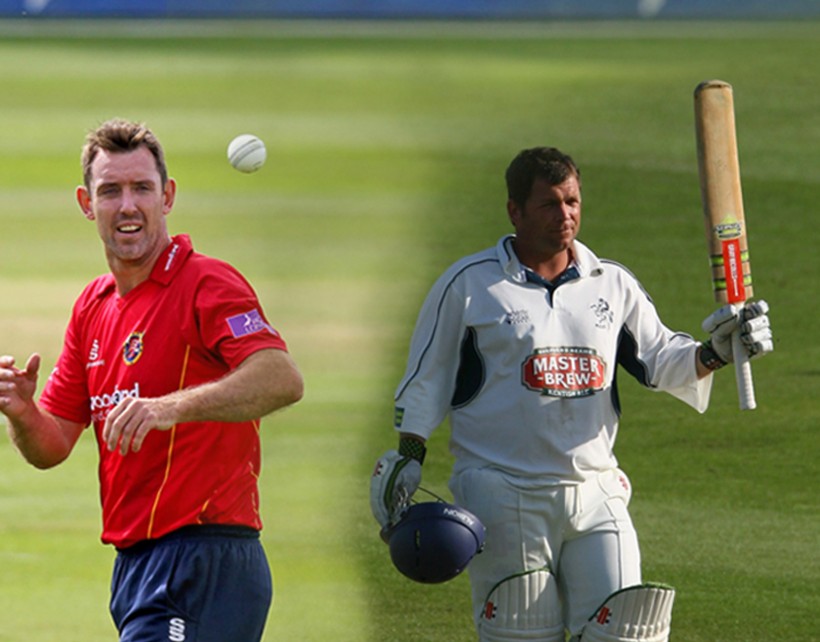 The ‘Battle of the Bridge’ has produced many memorable moments over the years, as Kent and cross-Thames rivals Essex enjoy an intense sporting rivalry.

The Spitfire Ground, St Lawrence, was set to play host to the next instalment of the ‘Battle of the Bridge’ in the Vitality Blast this Sunday. However, as the wait for cricket continues as a result of the COVID-19 pandemic, Kent’s Head Coach Matt Walker and former Kent and Essex team-mate David Masters, will be taking part in a special ‘Battle of the Bridge’ interview.

This will be a pre-recorded interview and available later this week via Kent and Essex’s respective websites and social media channels. Supporters are able to submit questions in advance (by 2pm on Thursday 18th June)

Walker and Masters have shared changing rooms at both Kent and Essex, and will now come together to answer questions from supporters, reflecting on some of the great matches which they have been involved in and memories from their playing careers at the two rival counties.

Matt Walker was appointed Kent Head Coach in 2017, after a playing career spanning 15 years for the county. He spent the majority of his 19-year playing career at Kent before moving to Essex at the end of the 2008 campaign.

He scored nearly 17,000 runs across all formats for Kent, including an unbeaten 275 against Somerset in 1996 that remains Kent’s highest first-class individual score at The Spitfire Ground, St. Lawrence.

David Masters also appeared for both Essex and Kent during his 16 year career. The right-arm medium-fast bowler clinched 940 wickets over all formats, including 33 five-fors.

The opening-bowler made his first-class debut for Kent against Surrey in 2000 and made his Essex debut in 2008 against Northamptonshire.One of his most prominent appearances came in 2011 against former club Leicestershire, when he took 8 wickets for 10 and Leicestershire were bowled out for 34.