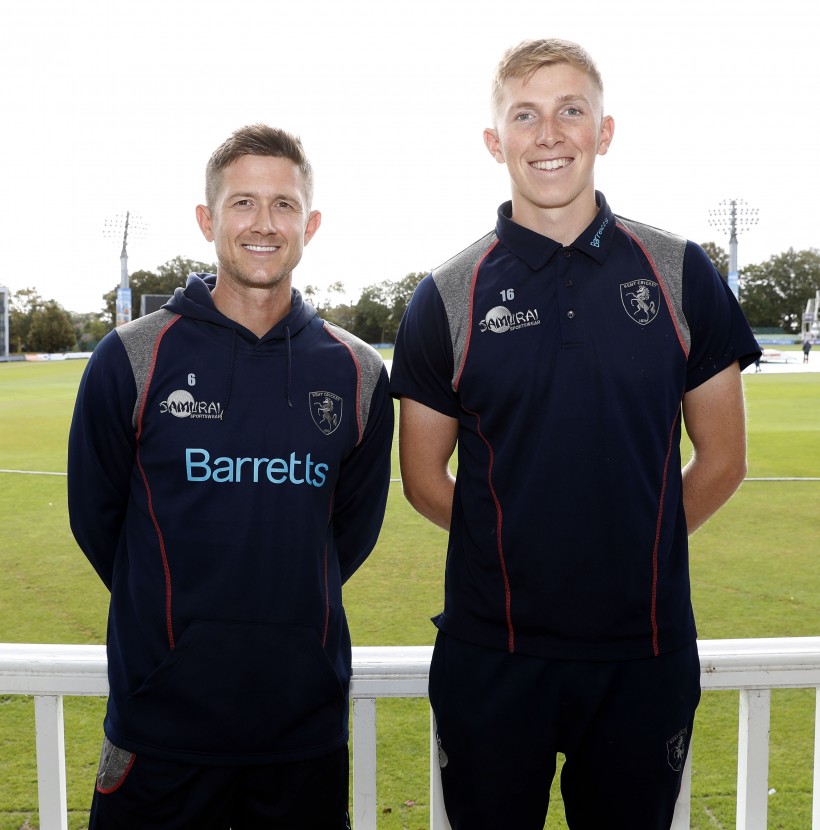 Kent’s Zak Crawley and Joe Denly have been named in the 30-strong ‘behind- closed- doors’ training group who will go into camp at the Ageas Bowl on Tuesday June 23 ahead of the first Test against the West Indies starting on Wednesday July 8.

Kent’s Head Coach Matt Walker has also been confirmed as part of England’s red-ball coaching team for the three-match Test series. Graham Thorpe will support Head Coach Chris Silverwood in his role as Assistant Coach and specialise on batting, with Walker working alongside Thorpe with the batsmen.

Two other coaches from the county game have been seconded – Lancashire Head Coach Glen Chapple will work closely with Silverwood as Bowling Coach. Gloucestershire’s Head Coach Richard Dawson, who has had experience coaching the England Lions on their successful tour of Australia earlier this year, will take control of the spin bowlers. Former Nottinghamshire and England wicketkeeper Chris Read will join the management team as wicketkeeping consultant. The ECB’s National Lead Fielding Coach, Carl Hopkinson makes up the coaching group.

England Men’s Assistant Coach Paul Collingwood will take charge of England’s ODI team later in the summer, when it is hoped that Ireland will tour in a three-match Royal London ODI series, subject to those fixtures being confirmed.

The group, along with the red-ball management team, will live, prepare and train on-site at the Ageas Bowl. On Wednesday July 1 the players will participate in a three-day practice match. After this match, the squad for the first Test will be selected.

Kent’s Director of Cricket, Paul Downton said: “It’s great to see both Joe and Zak included in the behind closed doors training group. We wish them well for their upcoming preparations.

“We are also really pleased for ‘Walks’ that he has been given this opportunity to help England prepare for the three Test Match series against West Indies.

“He is an exceptionally talented coach with a fantastic work ethic and I am sure he will add great value to the England set-up. He deserves his chance and everyone at Kent wishes him well.

“ When the Kent squad are allowed to return to training our bowling coach, Simon Cook, will step up to take on the role of interim Head Coach, during Walks’ absence. Simon’s contribution to the coaching team has been outstanding since he joined us from his previous role as Head Coach of Hong Kong.

“This also gives our new batting coach Mike Yardy an opportunity to cement batting relationships with our players, many of whom he is yet to meet, due to the COVID-19 pandemic.

“The coaching team will ensure that we are ready to compete as soon as we are able to take to the field.”

Commenting on the selection of the group, National Selector Ed Smith, said: “Everyone involved with England is delighted that cricket is returning soon, and that the players are reporting for group training in preparation for the Test series against the West Indies.

“We’d also like to thank all the county coaches who have supported these players over the past few weeks. A squad for the first Test will be announced in due course.”

ECB Performance Director, Mo Bobat, added: “The support that we’ve received from counties during our return to training phase so far has been excellent, and it’s great to be able to continue with this collaborative approach as we move into a ‘Behind Closed Doors’ training environment. As is the case in the current climate, things have progressed quickly, and we are very grateful to counties for allowing us to second their coaches to support our Test preparation. The larger group of players will certainly keep them busy.

“Both Glen (Chapple) and Richard (Dawson) were involved in winter Lions activity, so it’s nice for them and the players to build on effective coaching relationships and it’s also a real positive for our domestic game that we can expose a greater number of our coaches to international cricket.

“A huge amount of work has taken place behind the scenes to get us to this point, and it’s now over to Chris Silverwood and his management team to support the players with their final preparations for what will be a historical series.”

Both Sides of the Bridge… with Matt Walker and David Masters

The Spitfire Sessions: Captains in Focus