The England and Wales Cricket Board, alongside the wider cricket community, are recognising a record-breaking 20,000 volunteers this year to celebrate the people that make our game happen.

Kent Cricket were joined by our county Grassroots Cricket Awards winners, as well as winners of The ECB Coach Awards and The Alan Albury Awards, on Day 2 of our final fixture of the season against Middlesex.

In addition, we were also joined by six County winners for the ECB Coach Awards: 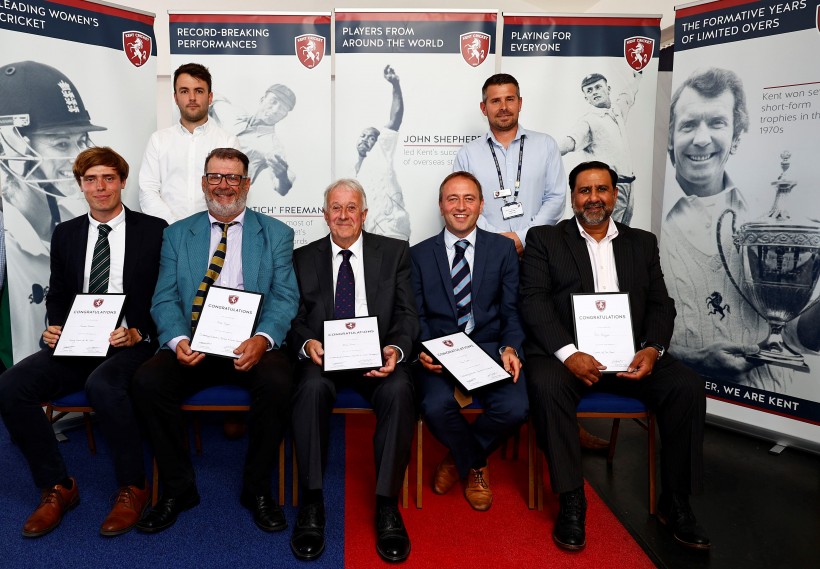 This summer has seen records breaking across the game, particularly in recreational cricket, with over 100,000 kids playing in All Stars and Dynamos, including Sky Sports’ Dynamos Cricket Intros. There’s also been strong growth in adult recreational cricket after 10,000 more fixtures were played this season in comparison to 2019 World Cup summer.

Opportunities in women’s cricket have gone from strength to strength with 41 professional domestic contracts given at the beginning of the year, The Hundred showcasing record attendances for women’s games and 738 additional events throughout Women’s Big Cricket Month.

Kent Cricket were also honoured to be joined by winners of the Alan Albury Awards and representatives of the Kent Recreational Cricket Welfare Trust. Five winners were recognised for their outstanding contribution to the life of their club over many years: 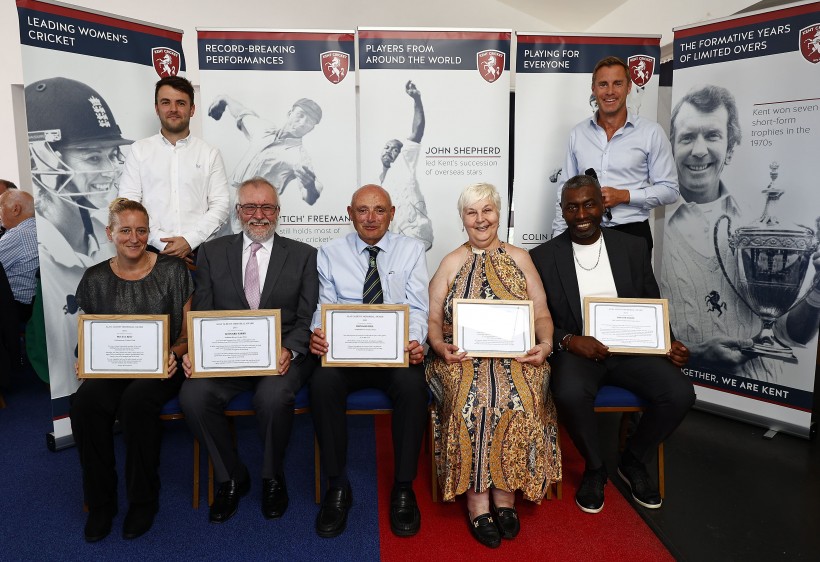 James Reid, Head of Community Cricket, said ‘It was fantastic to be able having so many volunteers from across the County join us. It’s reassuring to know that grassroots cricket is in such capable hands and we can’t say thank you enough for all their hard work.’

To read more information about all our award winners, click here to download the Volunteers Day 2021 Programme.

Thank you to all those who attended and celebrated our award winners with us.