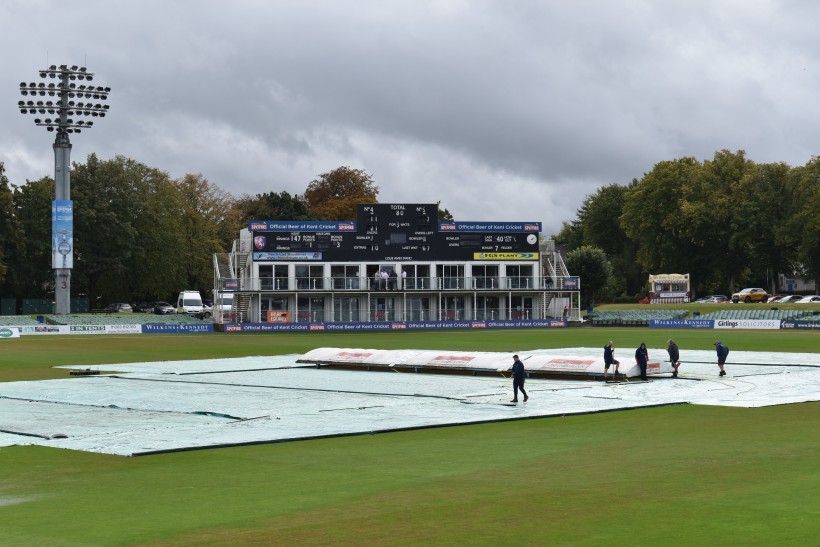 Yet more overnight rain and a gloomy forecast meant that Kent and Hampshire shook hands to bring an end to Kent’s first season back in the Specsavers County Championship Division One.

The hosts have achieved at least a top-five placed finish, their highest since 2006, and depending on results elsewhere, can finish fourth.

Kent’s head coach Matt Walker said: “It was all set up to be an exciting game, so it’s a great shame it’s had to end this way.

“We were coming into this off the back of two wins at Trent Bridge and Headingley, having set out stall out to win three out of three but sadly the weather had other ideas.

“To finish third would have been a really big statement for us and to finish behind two really good sides in Essex and Somerset. Not to be given the chance to do that by rain is really frustrating.

“We’ve played a day of cricket here and that’s about it, so there’s a feeling that the season has just drifted out, which is a shame for both these sets of players.

“We mustn’t forget how well we’ve finished this back end of the season though. Sure, this game will fade from the memory pretty quickly, but we won’t forget those amazing wins on the road against Notts and Yorkshire. We should be rightly proud of those performances.”

Crawley nominated for PCA Young Player of the Year

Stevens shortlisted for PCA Player of the Month