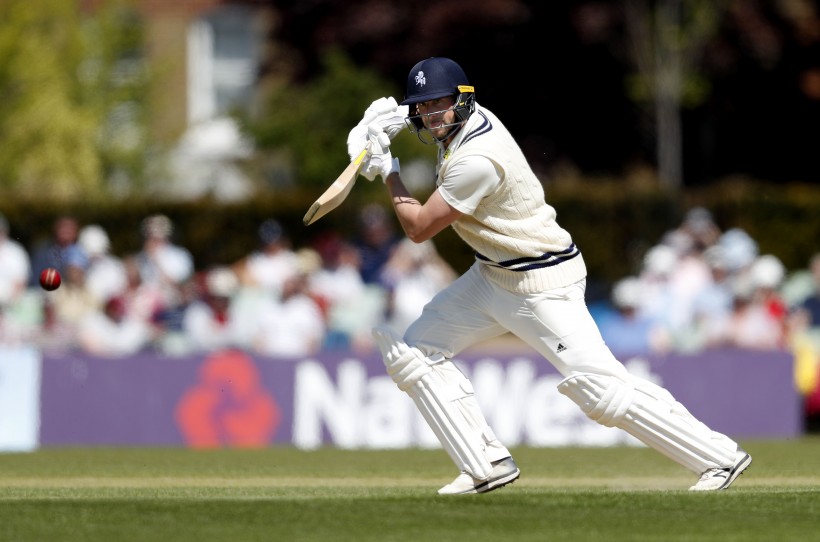 Kent batsman Alex Blake scored 55 for Beckenham in their 142 run victory over relegated HSBC on Saturday, as they close in on the Kent League Premier Division title.

Beckenham smashed an impressive 314 for 5 from their 50 overs with Rithik Hari scoring 97 and Alex Senn 87. HSBC were then bowled out for 172 in 26.5overs, with Kent Second X1 all-rounder Will MacVicar taking 4 for 47.

Second placed Bexley were seven wicket winners over Lordswood in a low scoring match. The home side were bowled out for 115 in 40.4 overs, former Kent spinner Adam Riley taking an impressive 4 for 11.

Bexley comfortably reached their winning target 119 for 3 in 18.2 overs, Scottish international Calum MacLeod 40 not out and Kent wicket-keeper Ollie Robinson, making his first appearance of the season for the visitors, scored 30.

Tunbridge Wells gained a massive 174 run victory away to Bickley Park scoring 324 for 7 and then bowling out their opponents for 150 in 30.3 overs.

Chris Williams scored 112 and Alex Williams 111, Adeel Malik taking 3 for 43, including the wicket of Kent’s Marcus O’Riordan.  Matthew Barker took 5 for 23 for The Wells to demolish the visitors batting.

Canterbury gained a much needed win, beating Sevenoaks Vine by 10 runs. Kent Academy scholar Isaac Dilkes, back in the side after injury was 71 not out in their 281 for 4 And then took 2 for 61 when The Vine batted only managed to reach 271 for 8 despite 91 from Chris Vernon.

Sandwich were 15 run winners over Blackheath. After being all out for 162 they then dismissed the visitors for 147. Cameron Fletcher hit an excellent century 108, former Bangledesh test captain Mohammad Ashraful taking 4 for 31 and then scoring 50, who with Tanweer Sikandar were the only Blackheath players to reach double figures. Ben Smith took for for 31.

Beckenham go into the last game of the season on Saturday, at home to Sandwich with a 15 point lead on Bexley, who play Bickley Park, with the title in their grasp. Canterbury, who visit Tunbridge Wells are in the second relegation place but just three points behind Blackheath. who entertain Lordswood, so all to play for at the bottom.

The County Ground, Beckenham announced as a venue for The Hundred