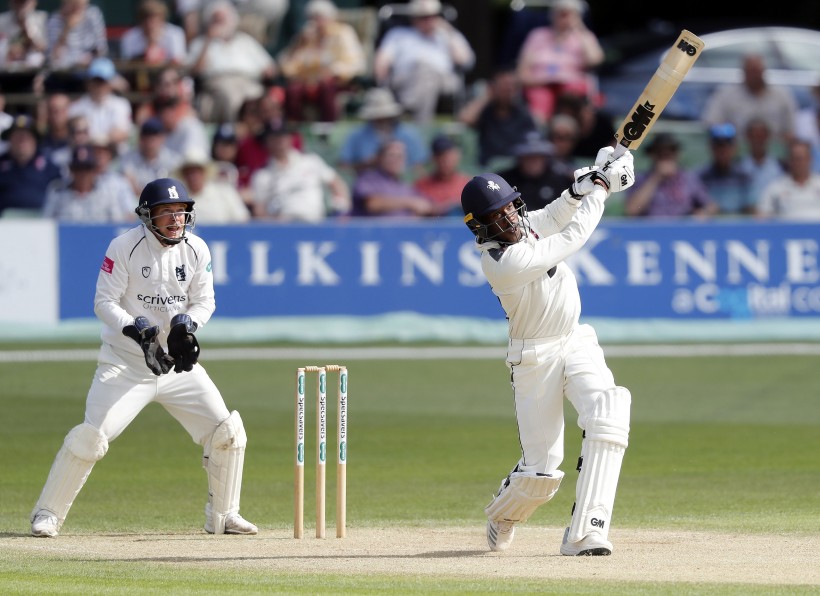 Four Kent stars have been playing Grade Cricket in Australia since the end of the English domestic season. Daniel Bell-Drummond, new signing Jack Leaning, Marcus O’Riordan and Ivan Thomas have all headed down under to hone their skills in the off season.

He played his first game this Winter at the start of November, as ‘Randy Petes’ won a two-day fixture against Penrith thanks to a first innings lead. Dan scored 93 and batted alongside New South Wales batsman Jason Sangha (138). The pair put on 122-runs for the third wicket, before Daniel Sams, another New South Wales player, hit 46 off 28 balls. Sangha and Sams have both played for Sydney Thunder in the Big Bash.

Randwick then beat Fairfield-Liverpool thanks to a first innings lead in the next fixture. The occasional right-arm medium bowler also had bowling figures of 1-25 before again scoring 93. Matt Critchley, of Derbyshire, played for Fairfield-Liverpool.

Bell-Drummond and Sangha again put on a 50+ partnership but they couldn’t stop Randwick losing a 50-over match by 1-wicket, off the penultimate ball of the game. Bell-Drummond scored another 50, 52 this time, and starred with the ball, removing four of the oppositions top 6. He ended up with figures of 4-54. Nick Gubbins of Middlesex played for the opposition, as did Kent Second XI player Ben Manenti. Manenti picked up the key wicket of Sangha, and finished with figures of 10-2-42-1.

This past weekend, ‘DBD’ gave Randwick an excellent start to their two day fixture against Blacktown. He came in at three after a 46-run opening partnership and dismantled the opposition bowling attack, scoring 131 off 160 balls, including 19-fours.

Leaning joined up with Sutherland for round four of New South Wales’ First Grade competition. He scored 33* as Sutherland won on first innings total.

Sutherland won their next fixture, a 50-over clash against Parramatta, by 7-wickets. He was unbeaten again on 18* as Sutherland chased down 224 in the 47th over.

Leaning starred with the bat the next week as Sutherland went down by 3-wickets in another 50-over game. He top scored with 92 off 101 balls batting first, as his side posted the opposition 277 to win. Leaning didn’t bowl, but caught Matt Critchley out for 32.

He scored 26 for Sutherland this weekend as they finished the days play on 299-9.

O’Riordan has been playing for Belmont, in Newcaslte for the last month. Belmont have won 3 of their 7 matches so far. He has been busy with the bat and ball, scoring 40 and picking up 2-26 against Toronto Workers CC as Belmont won thanks to first innings total.

He scored 22 as Belmont achieved the same result against Wallsend DCC.  O’Riordan best performance with the ball thus far came against Charlestown as Belmont lost the 2-day clash outright, by 9-wickets. In Charlestown’s first innings ended up with figures of 11-4-33-3.

Over the weekend, Belmont skittled Cardiff-Boolaroo for 142 in their first innings, with O’Riordan taking 1-28. Belmont then limped to 41-3, but the all-rounder remains on 7* going into next weekend.

He opened the bowling in his first 50-over game for the Sydney club, and finished with figures of 10-1-46-1 as Wests lost by 114-runs against Sydney University.

Wests lost their next 2-day game on first innings total, but Thomas picked up 2-40 in the process.

Be there to support your home county’s only top-tier professional sports side in 2020 and be a part of Kent Cricket’s 150th Year celebrations by becoming a Kent member for next season.