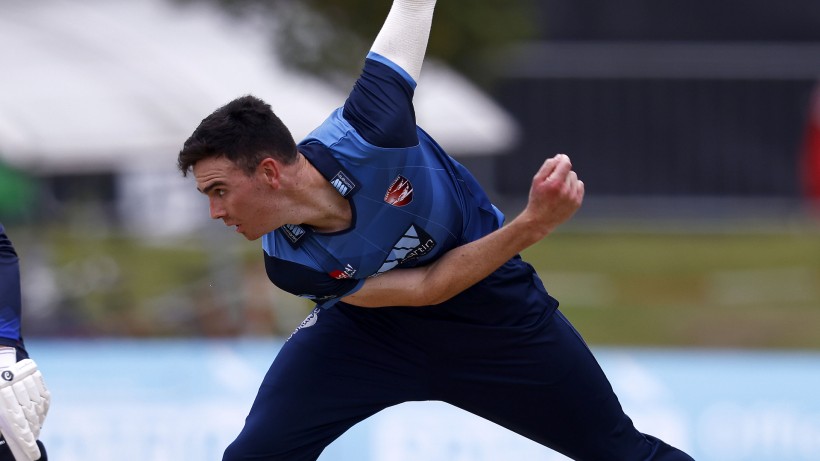 Kent Spitfires begin a run of three successive away matches in the Royal London Cup with a trip to the 1st Central County Ground, Hove to take on Sussex Sharks.

Having witnessed a washout at Beckenham against Lancashire on Wednesday, the Spitfires will be keen to pick-up their first win of this season’s 50-over competition, with a squad full of talented young players and squad members.

Munsey averages 102.00 after two matches in the competition, after 96 against Durham on matchday one and his maiden List A century on Sunday.

With the ball, wickets so far have been shared between Matt Quinn (3), Darren Stevens (2) and James Logan (2).

Kent and Sussex have faced-off 65 times in List A cricket in their respective histories, with Kent winning 38, Sussex 24, and three no-results.

Just 14.5 overs were bowled at Beckenham before the Royal London Cup match between Kent Spitfires and Lancashire was abandoned due to rain.

Lancashire had reached 71 without loss when play was halted by a downpour at 12.02, with Josh Bohannon 39 not out and Keaton Jennings unbeaten on 24. Kent’s Darren Stevens had bowled six overs for just 11.

The Sharks are also yet to pick up a victory in the Royal London Cup, mirroring Kent’s results so far – two losses and one no-result.

Australian international Travis Head’s 108 runs in two completed matches to date top Sussex’s batting charts in the competition, including a team top-score of 56 against Lancashire.

Teenage leg-spinner Archie Lenham has taken the most wickets for the Sharks so far, with five in two innings at 23.00.

Sussex Sharks vs. Kent Spitfires will be streamed via Sussex Cricket’s Official YouTube channel and embedded into the Match Centre on the Kent Cricket website, with pictures coming courtesy of Sussex.

Jack Leaning has been selected by Trent Rockets for their next two matches. He will therefore be unavailable for Kent’s trips to Hove and Chelmsford this weekend. Ollie Robinson will captain the side.

Harry Podmore picked up an injury in warm-ups at Beckenham on Wednesday and has been ruled out of this fixture. 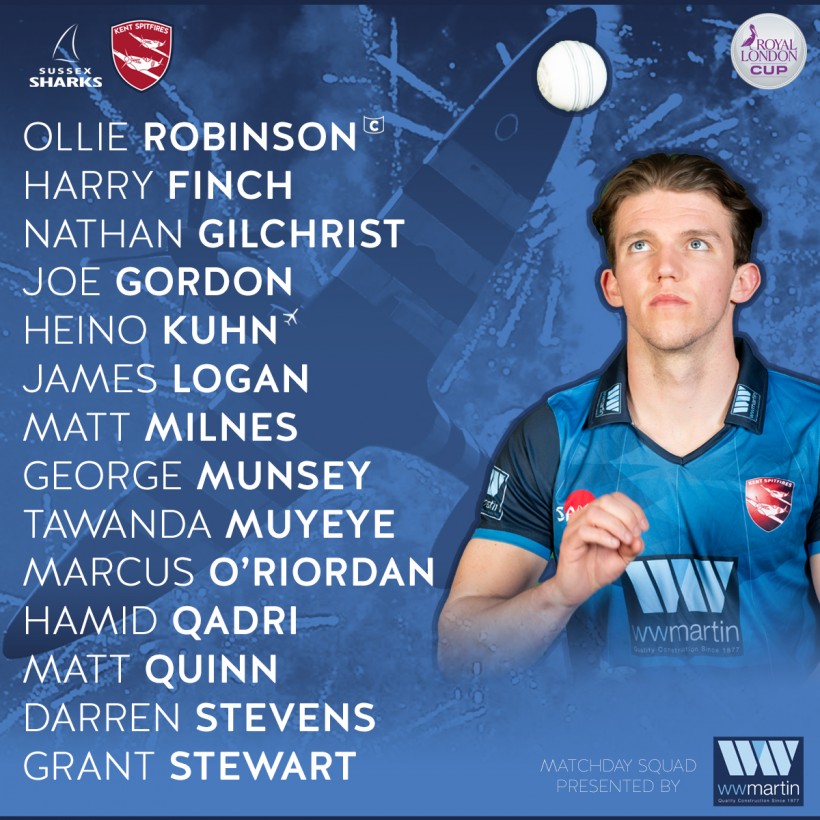 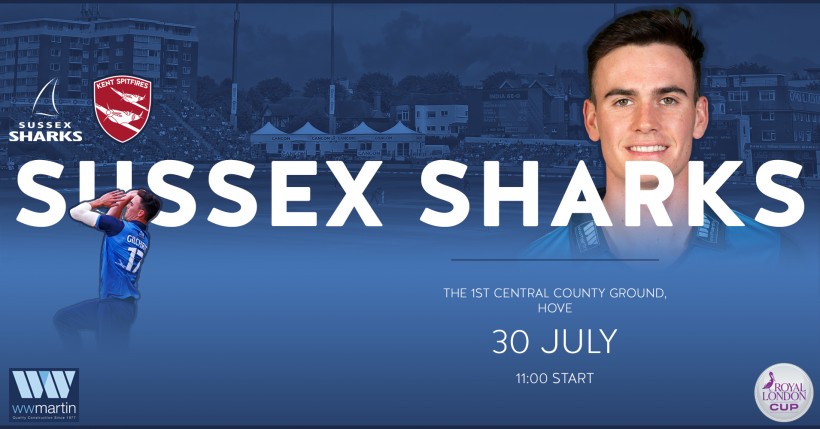