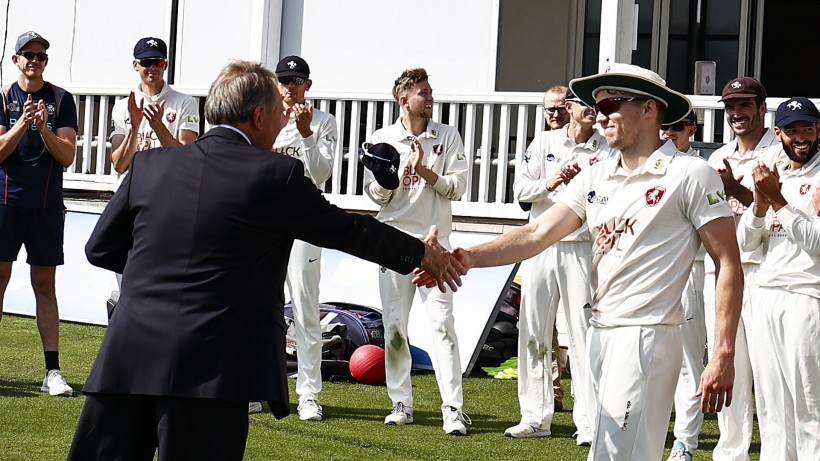 In one of the many traditions of Kent Cricket, the Club is delighted to confirm that right-arm seamer Matt Milnes has been awarded his County Cap.

County caps are presented to players that have excelled for their county or given many years’ service to Kent, and now 220 County Caps have been awarded so far to Kent’s Men’s players, starting in 1882.

The 27-year-old joined Kent from Nottinghamshire in October 2018 and has gone on to make 66 appearances to date for the county across all formats, taking 148 wickets at an average of 25.52*.

‘Milnesy’ is currently Kent’s top wicket-taker in this year’s Vitality Blast, with 18 in 12 matches at 16.66, and also has 24 wickets in seven matches of the LV= Insurance County Championship at 20.87*.

Against Leicestershire, Milnes took a career-best 6-53 in the second innings on his way to match figures of 9-77 as Kent picked up victory in the East Midlands inside three days.

The right-hander also recorded his current first-class best with the bat at The Spitfire Ground, St Lawrence against Yorkshire in April – his gritty 78 from 210 deliveries kept Kent in the game right up until the final session. 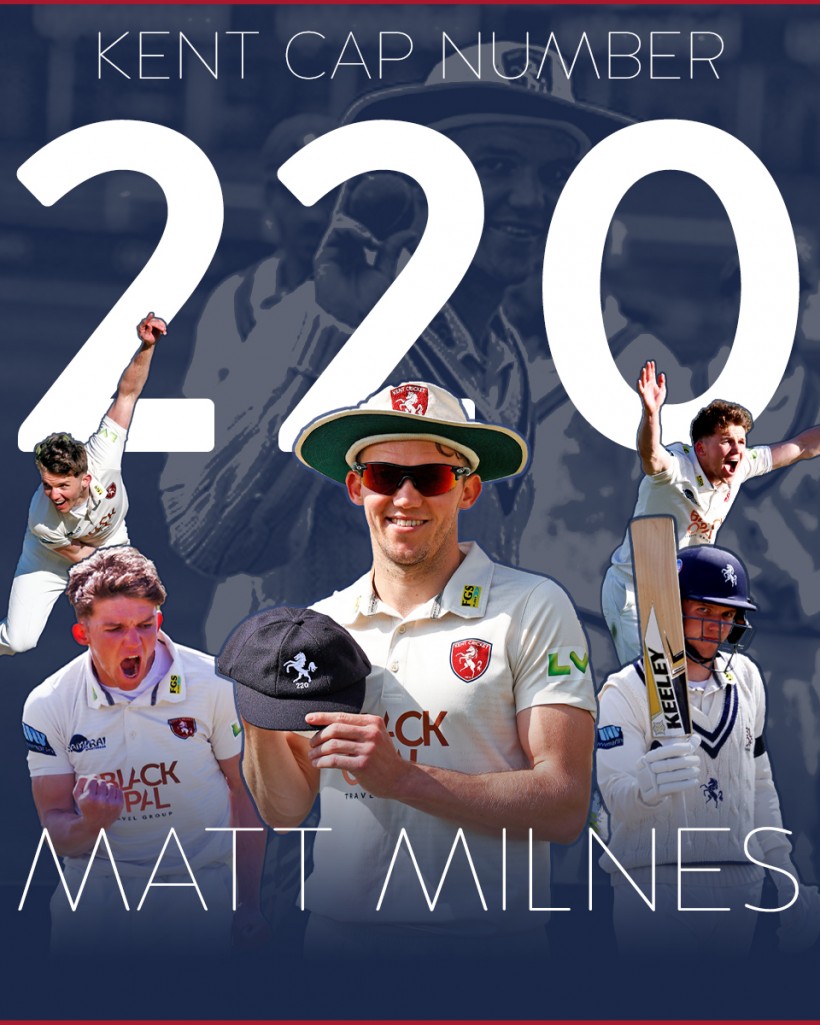