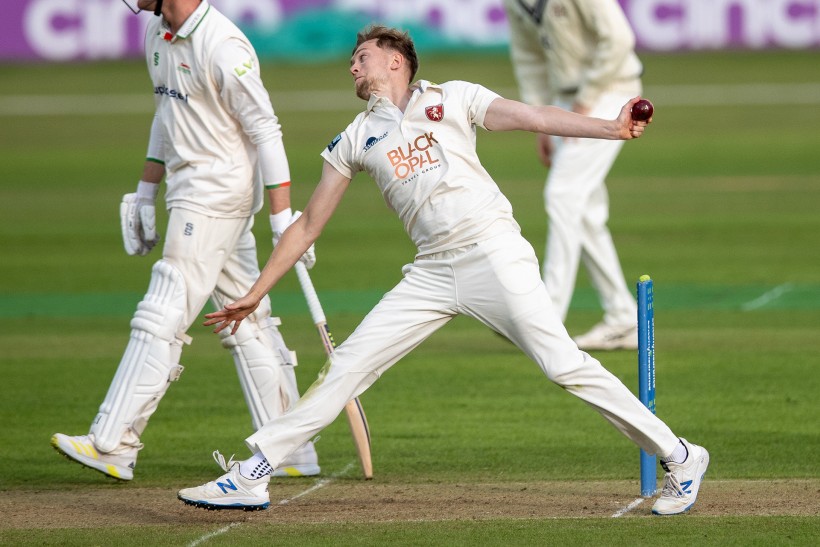 The Spitfire Ground, St Lawrence plays host to LV= Insurance County Championship cricket once more with the visit of Worcestershire to face Kent as the Divisional Stage of the Championship continues.

Kent will go into this match after securing a 132-run victory inside three days against Leicestershire earlier this week, moving them up to third, behind this match’s opponents as leaders, in the Division 3 table.

Darren Stevens now leads the way for Kent with both bat and ball in the first-class game this season, with 566 runs at 59.70 topped-up by his 107* against the Foxes, alongside his 30 wickets at 20.60.

Following a nine-wicket haul against Leicestershire, Matt Milnes now boasts 20 wickets for Kent in the Championship at 24.15, with contributions from Matt Quinn (18) and Nathan Gilchrist (13).

For our final two County Championship matches, Members and Six Pack Holders do not need to reserve seats – entry will be gained simply by scanning your Membership card at the gate, as per 2019.

For non-Members, tickets will be on sale for each day until gates open (09:30). Tickets will not be available on the gate.

It’s our top priority to welcome you back safely to The Spitfire Ground, St Lawrence, and to do that safely, we all have a role to play.

Because COVID-19 remains a part of our lives for the time-being – everyone – including the players, officials, staff, stewards and supporters – will need to adhere to COVID-protocols to make the return of spectators a successful, and hopefully a permanent one.

The Frank Woolley Stand, Leslie Ames Stand and Chiesman Pavillion will remain inaccessible for all Members and spectators.

Worcestershire current sit atop of the Division 3 table after one match apiece following a six-wicket win over Sussex over the past week.

Jake Libby became the leading run-scorer in the Championship this Summer as Worcestershire chased down a 315 target at New Road. He received excellent support from Jack Haynes, Ben Cox and Brett D’Oliveira as Worcestershire triumphed by six wickets with 24 balls to spare.

With the ball, Captain Joe Leach has 26 wickets, with six other ‘Pears’ all having taken double-figure-wicket-hauls so far this season.

Kent registered a first LV=Insurance County Championship win of the season as Leicestershire were beaten by 132 runs inside three days at the Uptonsteel County Ground, after an extraordinary afternoon that saw the home side avert humiliation with a defiant rearguard action.

Darren Stevens had completed a superb unbeaten century against his former county, pace bowler Matt Milnes finished with a career-best six for 53, but that told only half the story of two sessions of play.

Needing to score an unlikely 386 to win on a pitch aiding spin and in swing-friendly overhead conditions, Leicestershire slumped to 20 for six at lunch.

But an aggressive Ben Mike hit 70 off 52 balls to set off a vigorous wag of the tail that saw Ed Barnes match him with an unbeaten 70 and Will Davis make a career-best 42 as the last four wickets added a scarcely credible 233.

Stevens lit up the early part of the day, transforming his 55 overnight into an unbeaten 107 off just 28 deliveries before Leicestershire were able to winkle out his final partner.

Kent vs. Worcestershire will be streamed on Kent Cricket’s Official YouTube page and embedded into the Match Centre on the Kent Cricket website.

Zak Crawley will captain Kent for the third time in his career.

Sam Billings will join the Kent squad at the close of India’s second innings in the fourth Test at The Oval.

He will replace one member of Kent’s Starting XI when he arrives. Whom he replaces will be able to play a full part in the match up until Billings’ arrival. If they bats in an innings, Billings is unable to also bat in that innings.

If they are batting when Billings arrives, they will bat until the end of their innings and Billings is unable to bat. 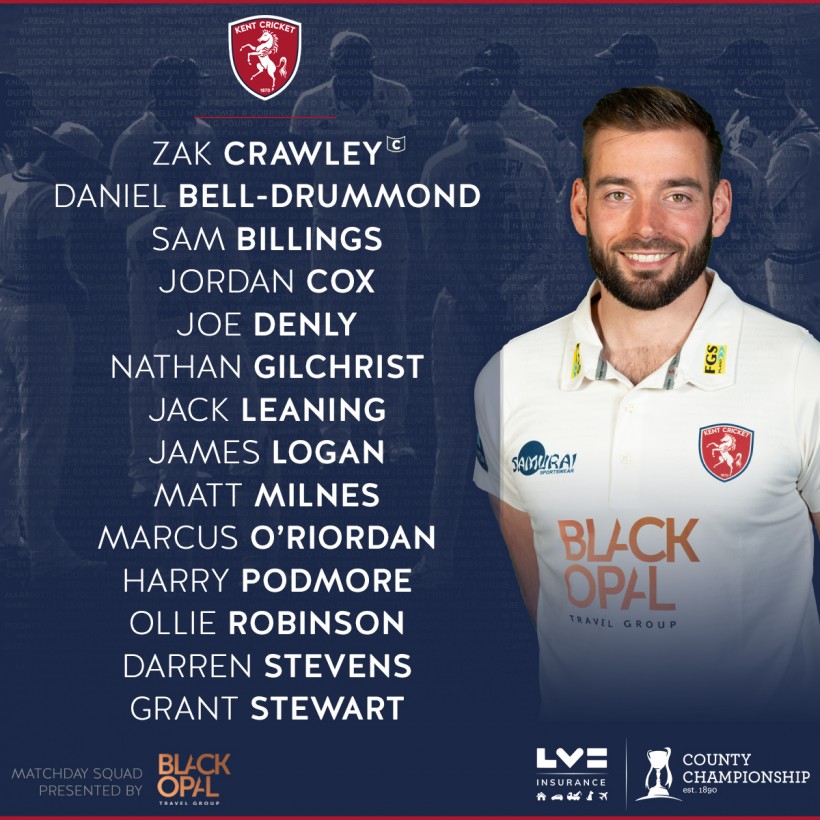 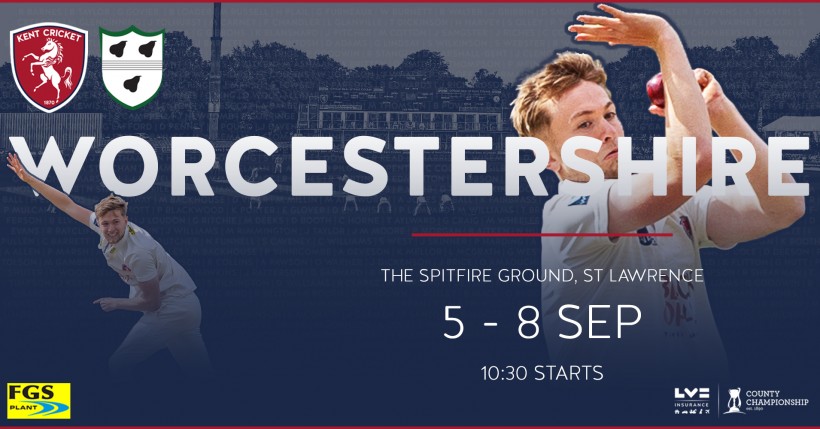