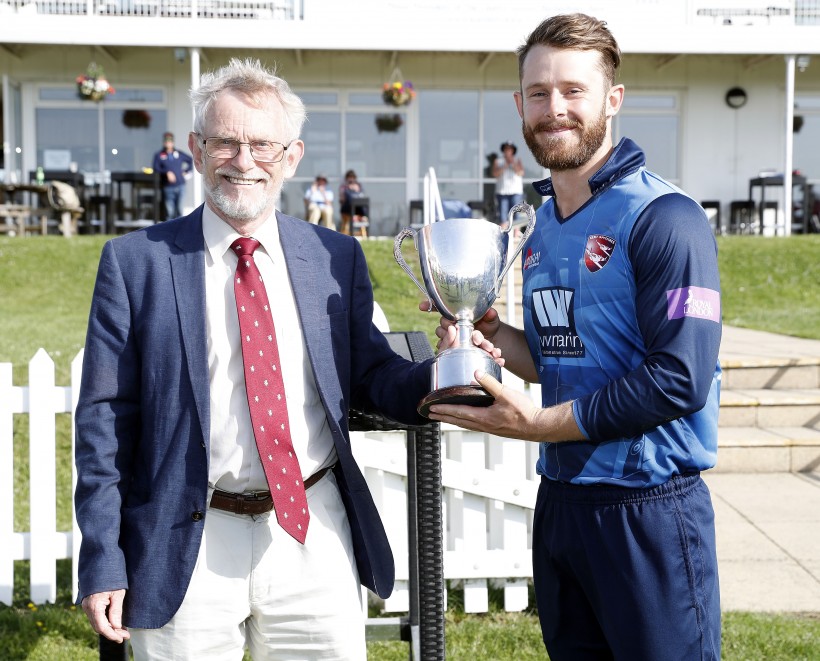 After four seasons with the Club and seven years as a professional cricketer, Adam Rouse has made the decision to retire from the sport.

The 28-year-old wicketkeeper-batsman made his first-class debut as a Hampshire player in 2013, before moves to Gloucestershire and then Kent in 2016.

He was a part of the Kent squad that reached the 2018 Royal London One-Day Cup Final, scoring a vital knock of 70 in the semi-final at Worcestershire, as well as captaining Kent’s Second XI to Second XI Trophy glory in 2019.

On retiring from the sport, Rouse said: “I’ve decided to bring a close to my rollercoaster of a career. I have been reflecting with my friends and family and I feel I’m at a stage of my life where I’m ready for a new challenge away from the sport.

“It is never an easy decision but I am incredibly proud to have played for this fantastic team. I hope that I can leave this great club with everyone knowing I gave 110% every time I wore the Kent horse on my chest.

“I’ve had the honour of captaining Kent, being part of a promotion winning season and contributing towards getting to a Lord’s final!”

Upon looking to the future Rouse said: “I’ve got plans in the pipeline that I’m really excited about and I think the best thing for my future is to dive right into that and hopefully set my next chapter up.

“I will be volunteering my services for the remainder of the season and have spoken to Paul (Downton) and the coaches about assisting where needed.

“I want to take this opportunity to thank everyone at Kent, I’ve loved my time here and I will genuinely miss it. I’ve made friends and memories for life and I’ll always look back with immense fondness.

“I wish the club all the very best for the future and I look forward to cheering the team on from a different seat.”

“He has been such a wonderful member of our squad since he joined us five years ago and his contribution both on and off the field has been fantastic.

“He is an extremely popular lad amongst the squad and one of the most outstanding professionals I’ve had the pleasure of working with. He’s the epitome of the type of person we want at Kent Cricket.

“He can be extremely proud of what he’s brought to the Club and I know that he’ll succeed in whatever the next stage of his life happens to be.

“I want to thank him for all he has done here and I wish him and his wife Pipa all the very best for the future.”