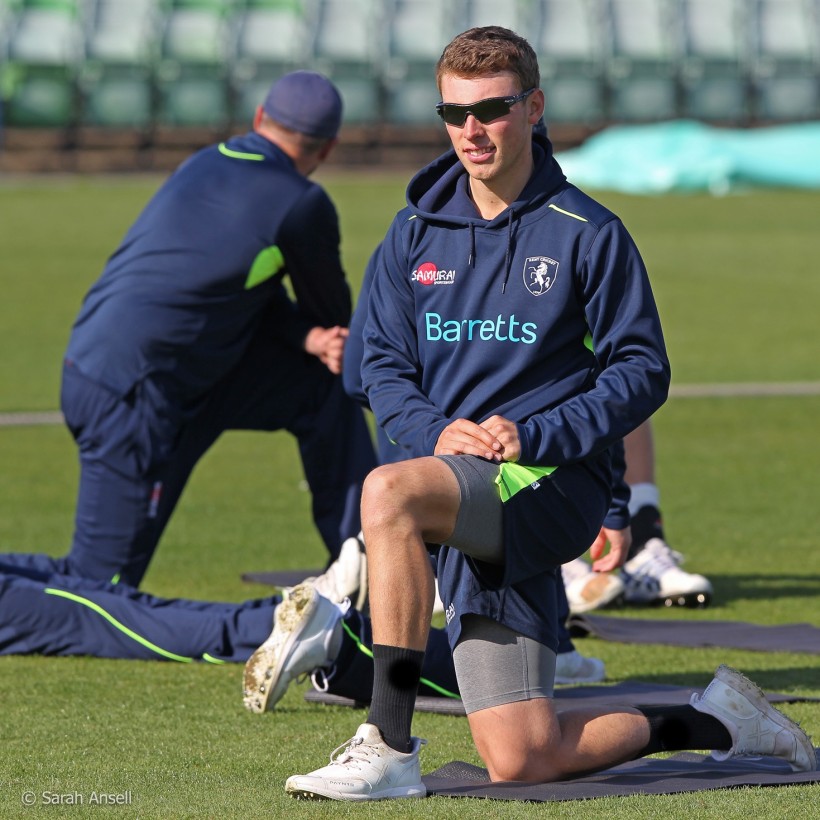 Former Kent loan signing Joe Weatherley say familar faces will become foes on Saturday as he is set to play for Hampshire in the Royal London One-Day Cup final against the Spitfires.

The batsman spent time on loan at The Spitfire Ground last season, scoring 190 runs in five matches, and made plenty of friends.

Then in May, the 21-year-old magnificently notched his maiden professional century against them in the group stage of the Royal London competition – although in a losing cause as he failed to collect the four runs needed in the final over.

“It was a special day,” Weatherley said. “Those are the moments you remember.

“The first hundred is always important, they are the moments you dream about coming through the academy in front of a home crowd.

“It was a shame not to see it home though. There are fond memories but still nightmares about the finish but hopefully I can learn from that and use it going forward.

“Some of the lads have already joked in the dressing room that if we chase I will score the winning runs in the final.”

Like Weatherley, Sam Northeast is well known in the Kent dressing room – having spent a decade in the first team before jumping ship to the Ageas Bowl over the winter.

And Weatherley revealed the pre-match psychological warfare between the two sides is already in full flow.

“We have already been texting the Kent lads with little elbows here and there, little jibes,” Weatherley said.

“I have some close friends in that Kent dressing room but they will be enemies on the day. We have also said that whatever the result we will have a beer afterwards.”

Weatherley typified Hampshire’s efforts to give homegrown players a chance in the first team – with the Winchester youngster leading a rank of around eight in the majority of matches.

It has made qualifying for the final even more special for Weatherley, who has netted 250 runs in the tournament, as it meant doing so with his friends he grew up with – such as Mason Crane, Brad Taylor and Tom Alsop.

Weatherley said: “It has been really nice in this 50-over competition having all those familiar faces and really playing for each other and enjoy each other’s successes.

“The management have really backed the young and homegrown players and hopefully that has been shown to the members and fans.

“It is nice knowing what everyone’s strengths and weaknesses are and their roles in that team. We have just had fun. When your mates do well as you are genuinely chuffed for them.

“Being a homegrown player it makes it extra special to progress through.

“You have stuff on the walls around the pavilion, the gym and the changing rooms of guys lifting trophies and memorable moments.

“Win or lose it will be a special and memorable day.”

From the grandeur of the pavilion to the towering grandstands and the famous slope, Lord’s is an overwhelming place for most cricketers. It certainly was for a 16-year-old Joe Weatherley.

Hampshire’s homegrown batsman made his only appearance to date at St John’s Wood in 2013 for an England Schools side which also included the likes of Haseeb Hameed and Aneurin Donald.

Not that Weatherley has fond memories of his innings. “I was caught for a duck,” he reminisced.

“That slope got me strangled down the legside – I hope I have better memories on Saturday!”

Walker: The future is bright